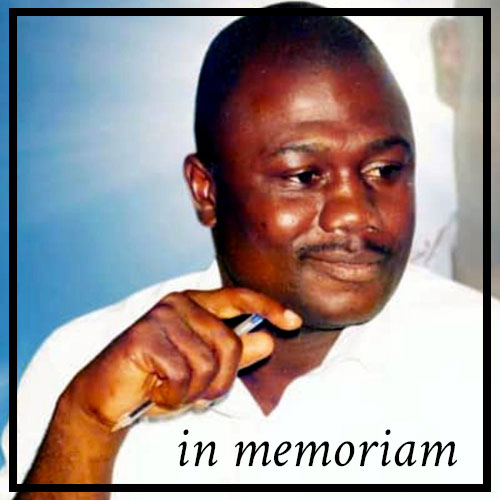 Patrick Naagbanton was a Nigerian journalist, poet and activist, who lived in and wrote about the Niger Delta, an oil rich region in Nigeria.

“Patrick and I sat and talked for hours. I lost track of time. He made a deep impression on me. Patrick, an incorruptible atheist communist, was a rare breed in Nigeria, a country known for its religious fervour and corruption. He was a compassionate man, deeply committed to the fight for the rights of the Ogoni people in the Niger Delta.”

In the nineties Patrick worked closely with assassinated human rights activist Ken Saro Wiwa. Over the years, he received many death threats for his work holding the government and companies accountable for environmental and human rights violations in his beloved Niger Delta.

Patrick was the founder of the Centre for Environment, Human Rights and Development and a regular contributor to newspapers such as the Nigerian Guardian, Beacon newspapers, the New Internationalist and Premium Times, among others.

Patrick died on 21 September 2019, after he was hit by a car in a tragic traffic incident. The IWMF has kindly agreed to gift the research funds to his wife Avary, who used it to pay for the funeral. Patrick is survived by his wife, their three children and his mother.

Avary expressed her gratitude: “I would like to thank you all for your love, support and care towards me and my family. Even though you know little or nothing about me, you still went out of your ways to support me. I will always be grateful to you. Thank you very much.”